On December 6, a report from a special Grand Jury investigating Loudoun County Public Schools was unsealed. It revealed findings that the school district was looking out for its own interests instead of the best interests of its students, and that-- as a result-- a preventable sexual assault in a Loudoun County high school.

The story made national news last year as an infuriated community wondered why school district administration deceived the public and allowed the student to attend another county school after he had sexually assaulted a classmate. Furthermore, School Superintendent Scott Ziegler denied knowing of the assaults at a combative public meeting, long after emails later showed he had discussed them with other board members.

According to the grand jury’s report, at the June 22, 2021 School Board meeting, Ziegler said that to his knowledge: “we don’t have any records of assaults occurring in our restrooms.”

The special grand jury wrote: “We believe this statement was a lie.”

Adding to the outrage was that the assault occurred shortly after the school system adopted a controversial policy — as it was required to by state law — to conform with the Virginia Department of Education’s model policies on the treatment of students who want to be seen as the opposite sex,

The state policy directed schools to allow students to use restrooms of the opposite sex.

The boy who sexually assaulted two girls has been described as "gender fluid," which is a created term intended to imply he may feel as if he is a boy sometimes and a girl other times. He was wearing a skirt when he entered the girls' bathroom at school in May 2021 and sexually assaulted the female student.

Ziegler was fired shortly after the report and has been charged with several crimes. The school board's longtime spokesman, Wade Byard, is charged with a felony related to providing false information.

The Loudon County Board released the following statement in reference to the grand jury report: 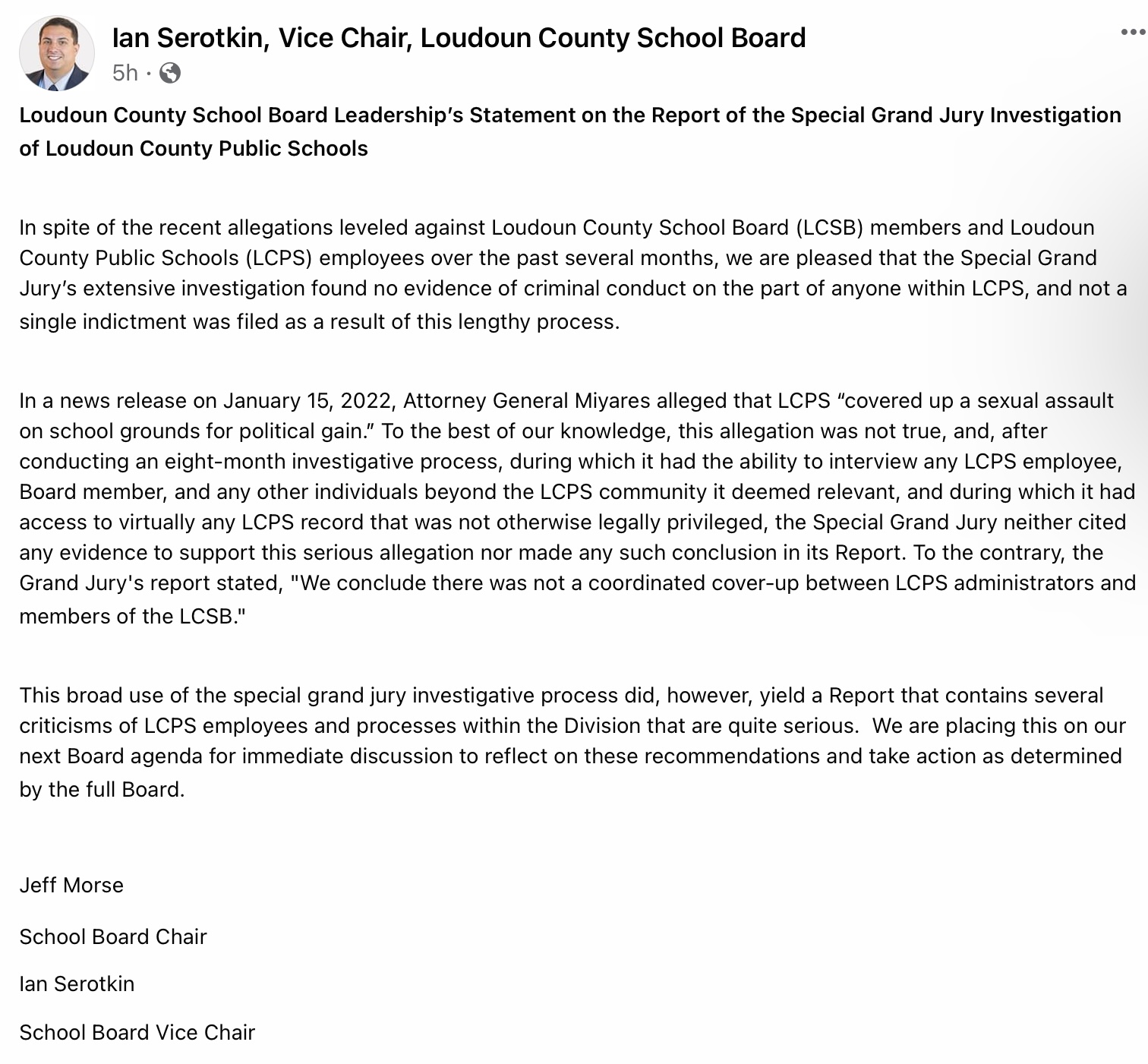 Fight for Schools a grassroots, non-partisan parent advocate group in the Loudon County area whose goal is to hold their local school board and administrators accountable responded by stating:

Note: Loudoun County Superintendent Scott Ziegler was fired by the school board Dec. 7 in response to the grand jury report on the district's handling of the sexual assaults.